Le Moyne College will host an exhibit of the work of Sharon BuMann and Gail Hoffman in the Wilson Art Gallery, located in the Noreen Reale Falcone Library. The exhibit, titled “Agents of Expression,” opens on Friday, Jan. 25, and will run through Friday, Feb. 22, and can be seen during regular library hours. 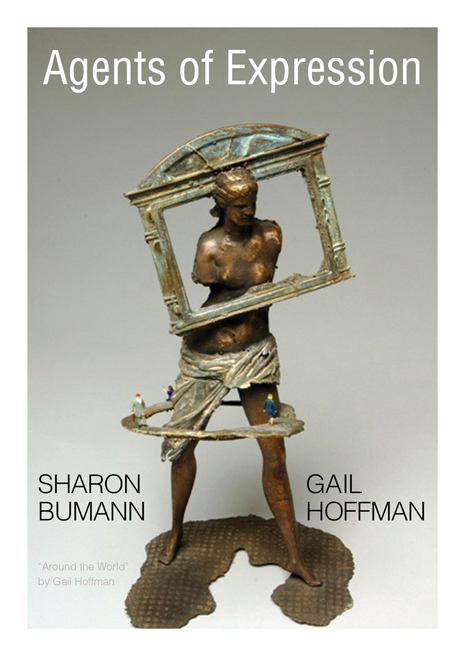 Sharon BuMann is a sculptor whose work is represented in numerous public and private collections throughout the United States and abroad. In 1988, BuMann won a national competition to design and create the Jerry Rescue Memorial for the City of Syracuse. She was also involved with the sculptural design work for the renovated exterior of the Onondaga County War Memorial.

BuMann’s sculpture mediums include bronze, casting resins, porcelain, terra-cotta, concrete and butter. Her sculptures are traditional in technique, figurative and narrative in nature. Her work ranges in scale from miniature to monumental, free-standing as well as bas-relief.

Gail Hoffman’s commissions have included a temporary video and sculpture installation in the Everson Museum of Art and “Funambulists,” Syracuse University’s iSchool Windows Project. She holds a bachelor’s degree in fine arts from Dickinson College and a master’s degree in printmaking from Indiana University. Her solo exhibitions include “Narrations” at Stone Quarry Art Park in Cazenovia and the Chuck Levitan Gallery in New York City. She is an assistant professor in the Syracuse University School of Art and Design.

I’m interested in the way metaphor and myth serve as a common language for our seemingly separate dreaming and waking lives. I cast old toys and present-day objects in bronze to create three-dimensional narratives that evoke multiple interpretations. These assemblages are meant to embody the many possibilities that exist at one moment in time, where the past, present and future meet and split into multiple stories.