A studio art major at Vassar, Busch deployed to Iraq in 2003 as the commanding officer of Delta Company, 4th Light Armored Reconnaissance Battalion, and again in 2005 with a civil affairs unit in Ar Ramadi. Through his photos, he seeks to bring out the abstract artistic images seen in the midst of a war zone. In addition to his service to his country and his work as a photographer, Busch is also accomplished as an actor, having portrayed Anthony Colicchio on the HBO series The Wire and recently wrapping a new HBO series, Generation Kill. 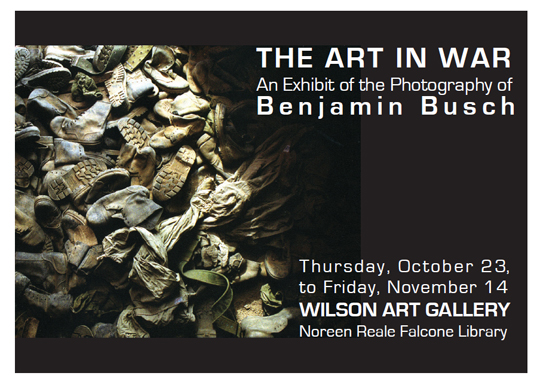 Busch will discuss his work during a lecture on Thursday, October 23, at 6:30 p.m. in Grewen Auditorium. A reception will follow in the Wilson Art Gallery. The public is invited to view his exhibit during regular library hours. This event is free and open to the public. For more information, call (315) 445-4153.