An exhibit of the work of adjunct professor of fine arts Melissa Johnson will be on display in the Wilson Art Gallery of the Noreen Reale Falcone Library at Le Moyne College. The exhibit, titled “New Paintings: Spaces Between,” opens on Tuesday, March 25, and will run through Saturday, April 12. 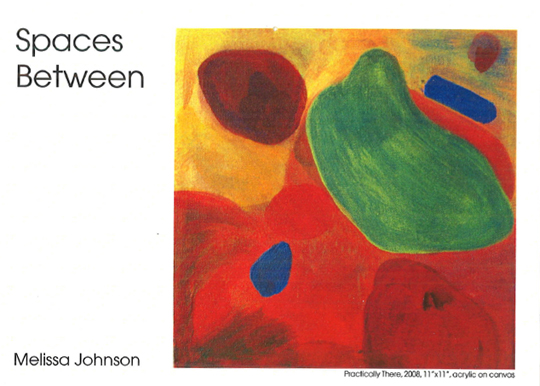 Johnson describes her work as follows: “My paintings are about a particular day, color or feeling. They are narrative, even if that narrative is ambiguous. My rounded forms are characters and I make a space for those characters. I see a relationship between the stacked forms, as they press and crowd each other or when forms come very close to touching, but not quite, making the viewer more aware of the space in between. In other paintings I want a sense of sparseness with few forms and it becomes more about the space around those forms. I often want two seeming opposites in the same painting. The common threads connecting my paintings are layered color and the relationship, both formal and metaphorical, of the forms in the space.”