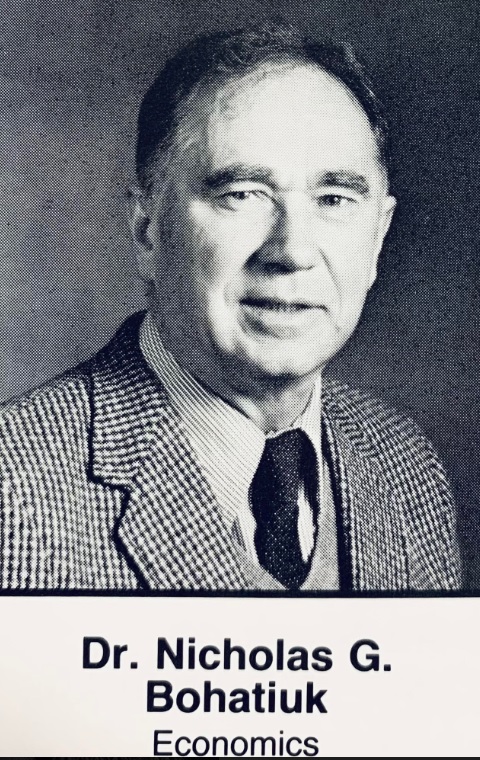 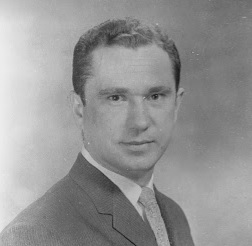 Dr. Bohatiuk in photo from the College's Office of Public Relations, undated.

“The Economic Potential of Ukraine.” In America : Ukraine Catholic Daily, 6 May 1966.

“A Study of the Communist System : The Soviet Economy 50 Years Later.” Atlanta Economic Review, May 1970.

"The Economic Impacts of the Camp Life of the D.P. s." Paper presented at the meeting "The D.P. Experience : Ukrainian Refugees After World War II.

“The Economy of Ukraine and Russification.” Paper presented at the 2nd Annual Meeting of the Harvard Ukrainian Research Institute, The Permanent Conference of Ukrainian Studies, Cambridge, Mass., 28 May 1977.

“The Ems Ukase of 1876 : Tsarist Censorship in Ukraine.” Paper presented at the 1st Annual  Meeting of the Harvard Ukrainian Research Institute, The Permanent Conference of Ukrainian Studies, Cambridge, Mass., 27 May 1976.

“The New Economic Policy and the Economic Thought in Ukraine.” The Annual Meeting of the Shevchenko Scientific Society, Columbia University, New York, 24 Nov. 1978.

“Russification of the Economy of Ukraine.” Meeting of the Ukrainian Congress Committee of America at Rutgers University, New Brunswick, N.J. 4 Dec. 1983.

“The Socio-Economic Achievements of Ukrainians in America.” Paper presented at National Meeting of the American Association for Advancement of Slavid Studies, St. Louis, 9 Oct. 1976.

“Soviet Regionalism in 1920’s : The Economy of Ukraine Revisited.” Paper presented at The International Atlantic Economic Annual Meeting, Salzburg-Vienna, 14 May 1979.

“The State of the Science of Economics in Soviet Ukraine.” Paper presented at the Congress of Ukrainian Scholarship, Centennial of the Shevchenko Scientific Society, New York, 24 Nov. 1973.

Nicholas G. Bohatiuk was born on January 2, 1926 in Ternopil, Ukraine. He studied in Munich at the Ludwig Maximillion University and the Ukrainian Free University, at Georgetown University, and New York University, earning an M.A. and PhD in Economics and a PhD in Political Science.

In addition to his position as professor of economics at Le Moyne College, where he taught for 35 years, Dr. Bohatiuk was an executive board member and vice-president of the Council of Academic Advisors for the Harvard Ukrainian Research Institute (HURI) and an economics radio commentator for the USIA's Voice of America.