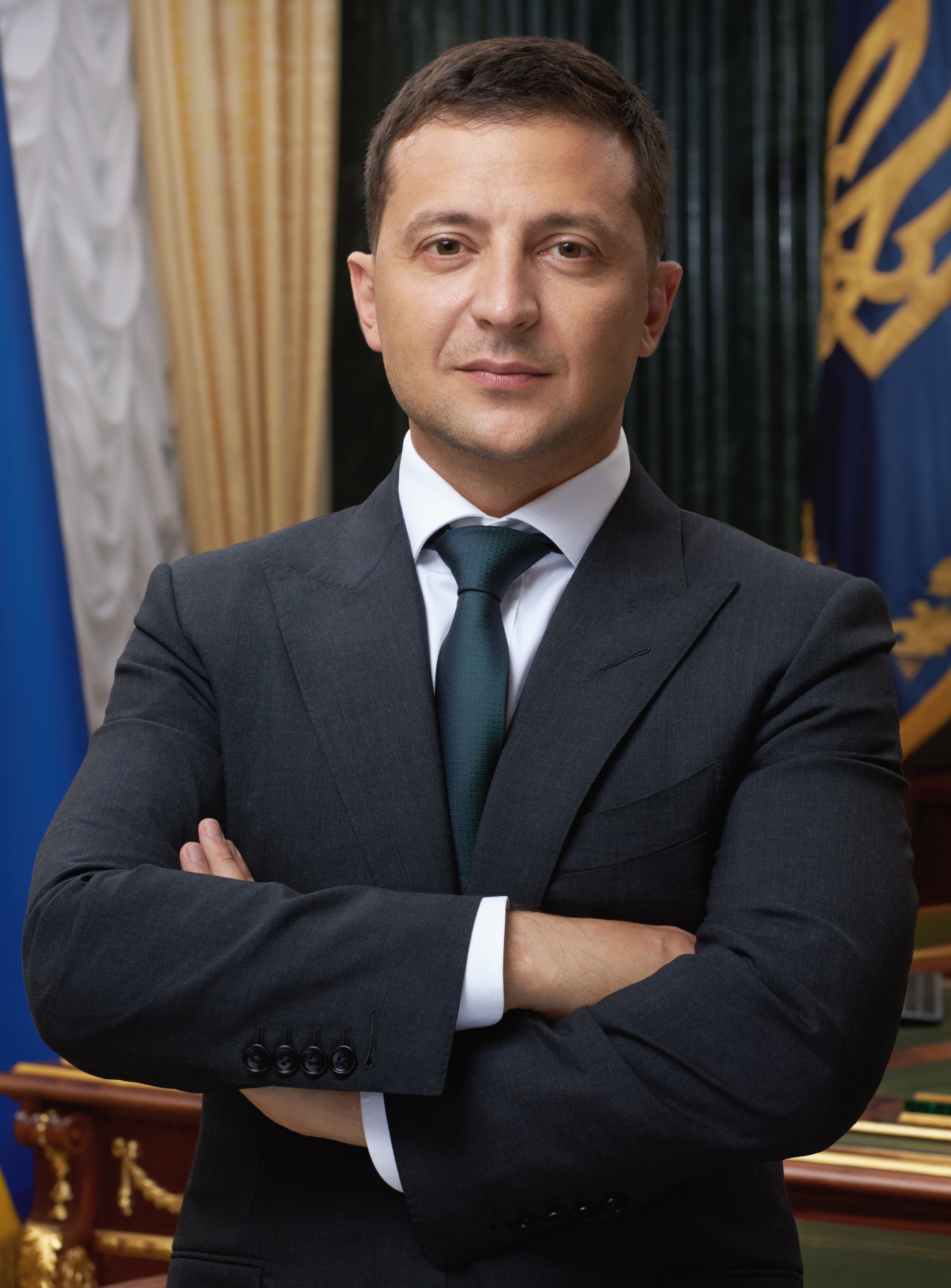 "Official portrait of Volodymyr Zelensky" by http://www.president.gov.ua/ [CC-BY-SA-3.0], via Wikipedia.

Le Moyne is one of many college and universities to award an honorary degree in absentia to Ukraine President Volodymyr Zelenskyy at its commencement at a ceremony on Saturday, May 21, 2022. Read more about it here.

President Zelenskyy won the 2019 election with 73.23 percent of the vote in the second round, defeating President Poroshenko. He has positioned himself as an anti-establishment and anti-corruption figure.

As president, Zelenskyy has been a proponent of e-government and unity between the Ukrainian and Russian-speaking parts of the country's population.

During his administration, Zelenskyy oversaw the lifting of legal immunity for members of the Verkhovna Rada, the country's response to the COVID-19 pandemic and subsequent economic recession, and some progress in tackling corruption in Ukraine.

Zelenskyy promised to end Ukraine's protracted conflict with Russia as part of his presidential campaign, and has attempted to engage in dialogue with Russian president Vladimir Putin. Zelenskyy's administration faced an escalation of tensions with Russia in 2021, culminating in the launch of an ongoing full-scale Russian invasion in February 2022.

Zelenskyy's strategy during the Russian military buildup was to calm the Ukrainian populace and assure the international community that Ukraine was not seeking to retaliate. He initially distanced himself from warnings of an imminent war, while also calling for security guarantees and military support from NATO to "withstand" the threat. After the start of the invasion, Zelenskyy declared martial law across Ukraine and a general mobilization of the armed forces. His leadership during the crisis has won him widespread international admiration, and he has been described as a symbol of Ukrainian resistance.