Poland’s 70,000 square-foot iconic pavilion, with its bronze tower of shields representing the crests of its provinces, graced the international section of the New York World's Fair of 1939-40. For the pavilion's central exhibit space, its Hall of Honor, the Commissioner General, Baron Stefan K. de Ropp, commissioned a series of paintings to depict important events in Polish history. The result is a series of mural-size paintings of seven centuries of Poland’s history. De Ropp had the counsel of a committee composed of three scholars led by Oscar Halecki (later of Fordham University) to select the subject matter of the paintings.

In artists de Ropp found a talented group of portrait and landscape painters who worked under the direction of Professor Tadeusz Pruszkowski of the Academy of Fine Arts in Warsaw. An accomplished artist, the well-known Pruszkowski gathered his group of artists to his villa in the small village of Kazimerz on the Vistula River, southwest of Warsaw. The group, founded in 1925, was known as the Brotherhood of St. Luke. The artists worked for several months and completed their work in time for the winter 1939 sailing from Gdynia to New York aboard the Polish liner the M.S. Batory.

With this shipment of Poland's 11,000 other exhibit items, and part of the main display in the  Polish Pavilion's Hall of Honor were the tapestries designed by Mieczyslaw Szymanski and executed by the Lad Workshop under the leadership of Maria Lomnicka-Bujakowa. They celebrate the life of Jan Sobieski, King John III of Poland. These prize-winning tapestries were first displayed at the 1937 Paris exhibition.

This collection of art (7 paintings and 4 tapestries) was the gift of Stefan de Ropp, former Commissioner General of the Polish Pavilion of the 1939 New York World's Fair, and then adjunct professor at Le Moyne College. It has been on display in the campus library since 1958.

Poland became his adoped home after WWI and he was hired by the Poznań (Poland) annual international trade fair. This career in economic trade exhibitions and his subsequent appointment as the director of the Poznań fair, led to his selection by the Polish government in 1938 to organize and lead the Polish exhibit for the 1939 New York World's Fair (NYWF).

The first year of the NYWF ran from May to October. The outbreak of war in Europe upon the Nazi invasion of Warsaw on September 1, 1939 endangered the participation of Poland. De Ropp, in Poznań, Poland for the July funeral of his uncle Bishop Eduard de Ropp and the birth of his daughter in August, managed his family's escape to New York through Italy in the early winter of 1940. He traveled alone first to Warsaw where he observed the city's devastation. Milan was next as it was the home of the international trade fair organization of which he was a member and where he had acquaintances and was able to secure a visa to New York. His wife and three children followed later.

Cut off from the Polish exhibit's accounts, de Ropp was faced with shutting it down. Instead, he worked to raise money for the exhibit for the second year of the Fair, to finance the distribution of the exhibits afterwards, and to pay its remaining debts, except his own salary. While WWII doomed the participation of Czechoslavakia and Hungary and their Pavilions, the Polish Pavilion, by the ingenuity of its Commissioner, remained standing and in full operation for both the 1939 and 1940 seasons of the Fair.

Following the war de Ropp founded the Polish Information Center to disseminate word of the Polish situation to Polish authorities in exile, to Polish emigres in the United States, and to U.S. officials. He also continued to work on the return of exhibits on loan to their owners and the sale of the exhibits belonging to the Commission for the Polish Pavilion. 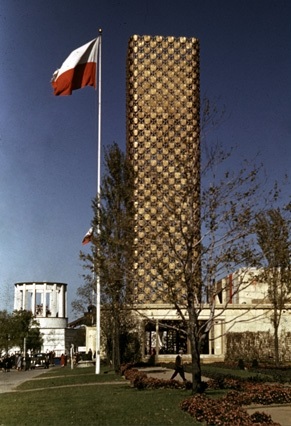 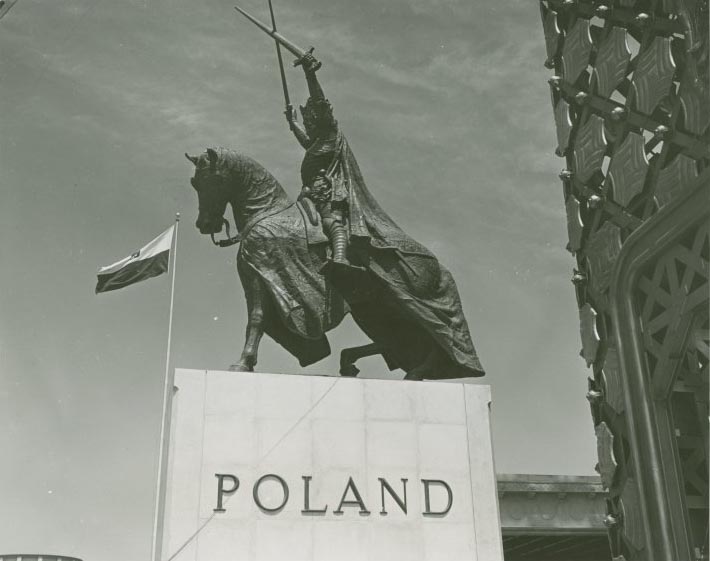