Vortex of Our Dreams : American Theatre Performance Design at the 2015 Prague Quadrennial

Join us on Tuesday, Oct. 17, 4 - 6 p.m. for the opening reception of Vortex of Our Dreams: American Theatre Performance Design at the 2015 Prague Quadrennial. There will be a talk between 4:30 and 5 p.m. 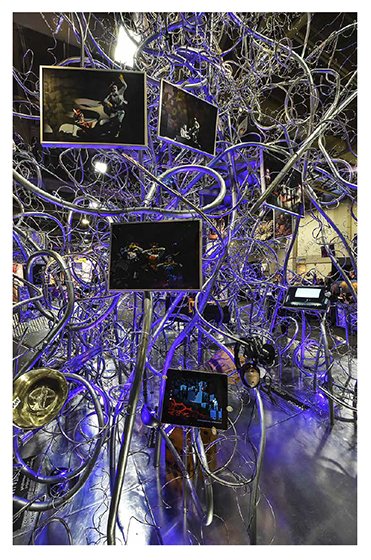 The Prague Quadrennial of Performance Design and Space, founded in 1967, is the largest event in the world to explore theatre performance design in its entirety. Held every four years in Prague, the quadrennial surveys the latest trends and accomplishments in stage design and scenography, featuring submissions from more than 60 countries.

The U.S. has been represented at every quadrennial since 1972 by the United States Institute for Theatre Technology (USITT), the national association for performing arts and entertainment professionals who work in design, technology and production. In its submissions to the quadrennial, USITT aims to showcase the best in both student and professional design for theatre.

The photographs and videos in the exhibition on display at Le Moyne’s Noreen Falcone Library are highlights from USITT’s exhibition at the 2015 quadrennial, which was installed in the 14th century Church of Saint Anne and visited by 180,000 people.

The exhibit is free and open to the public during regular library hours. For more information, call (315) 445-4153. 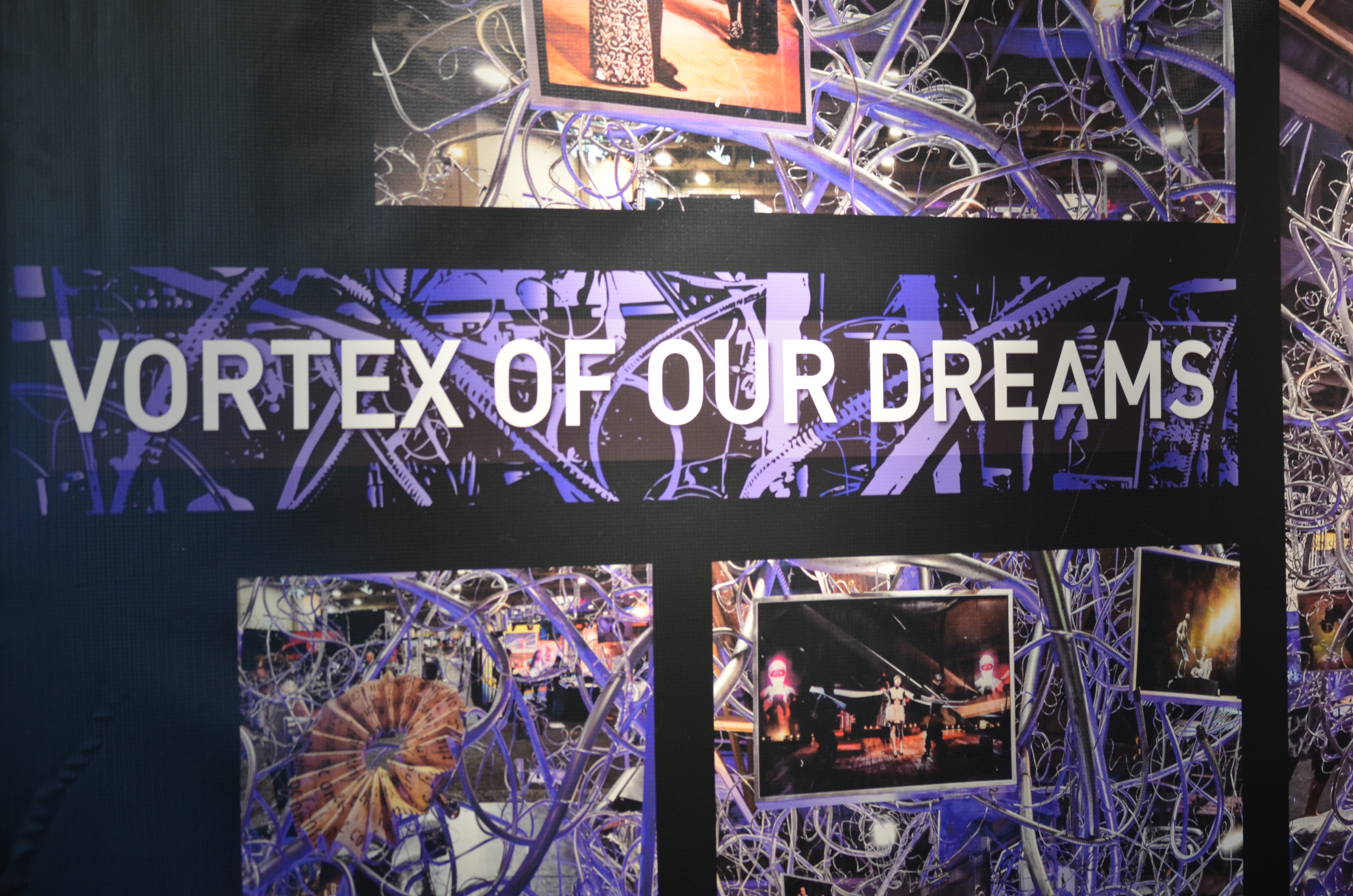 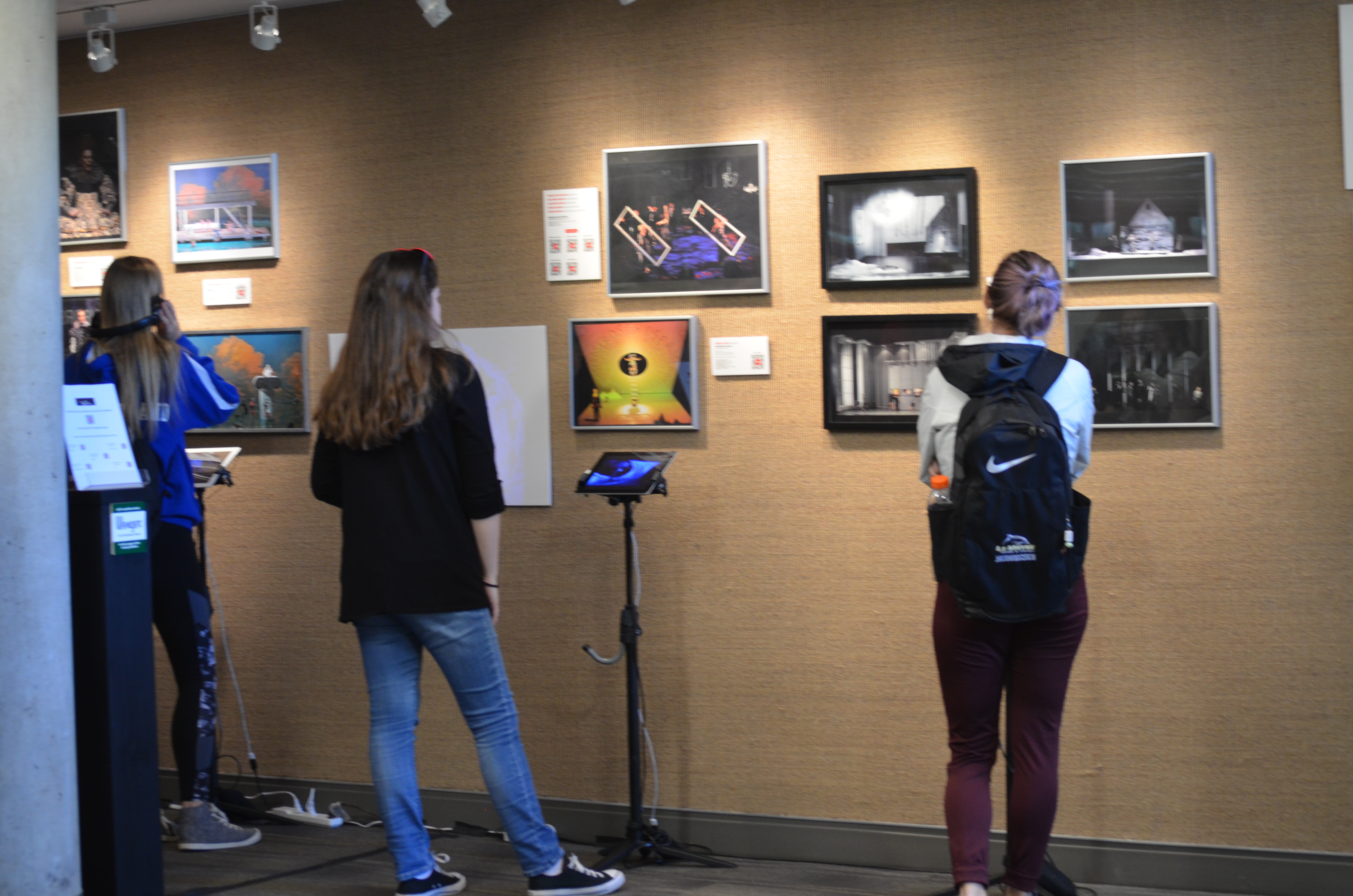 The display for the Vortex of Our Dreams show included both interactive and traditional media. 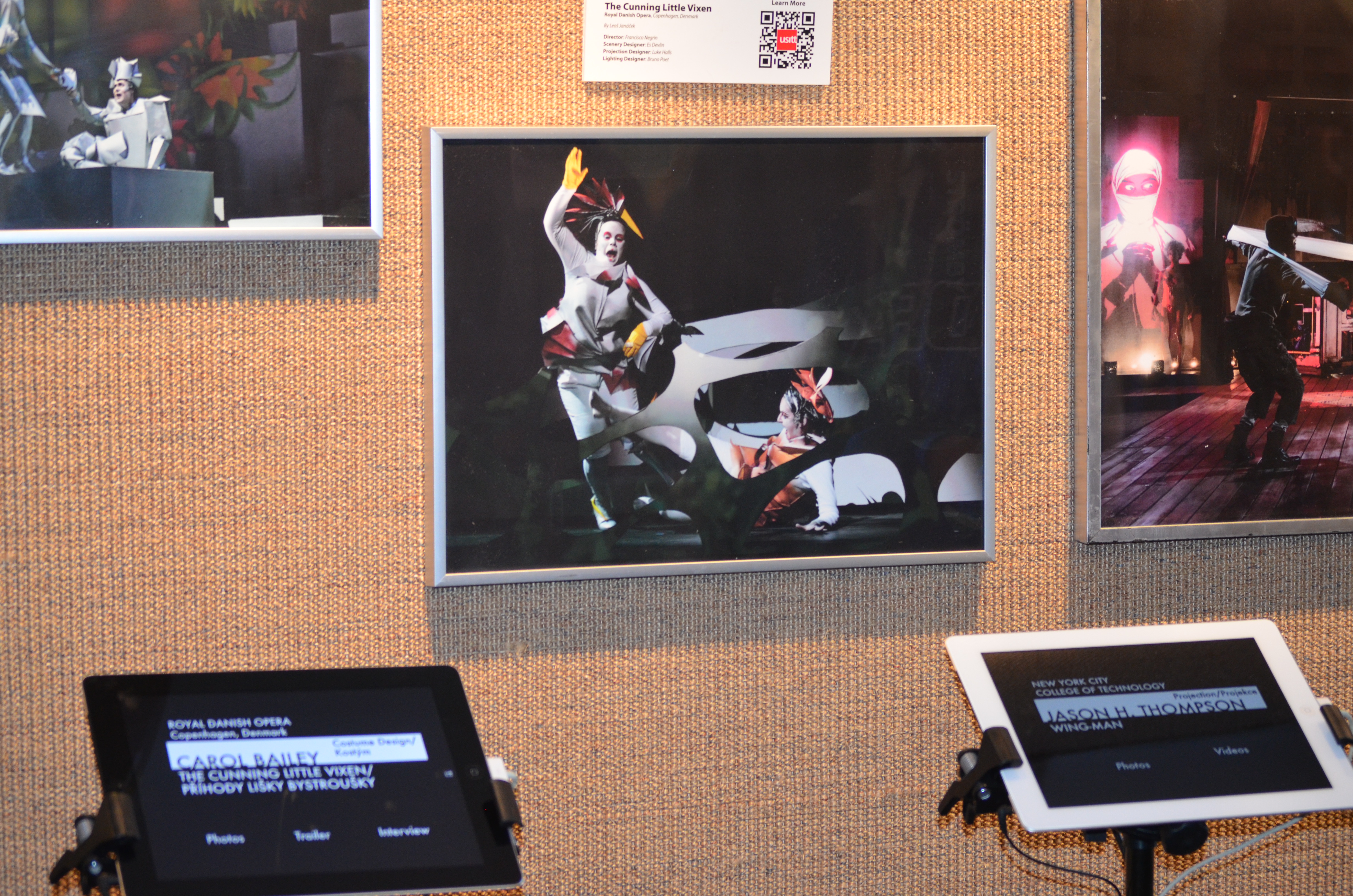 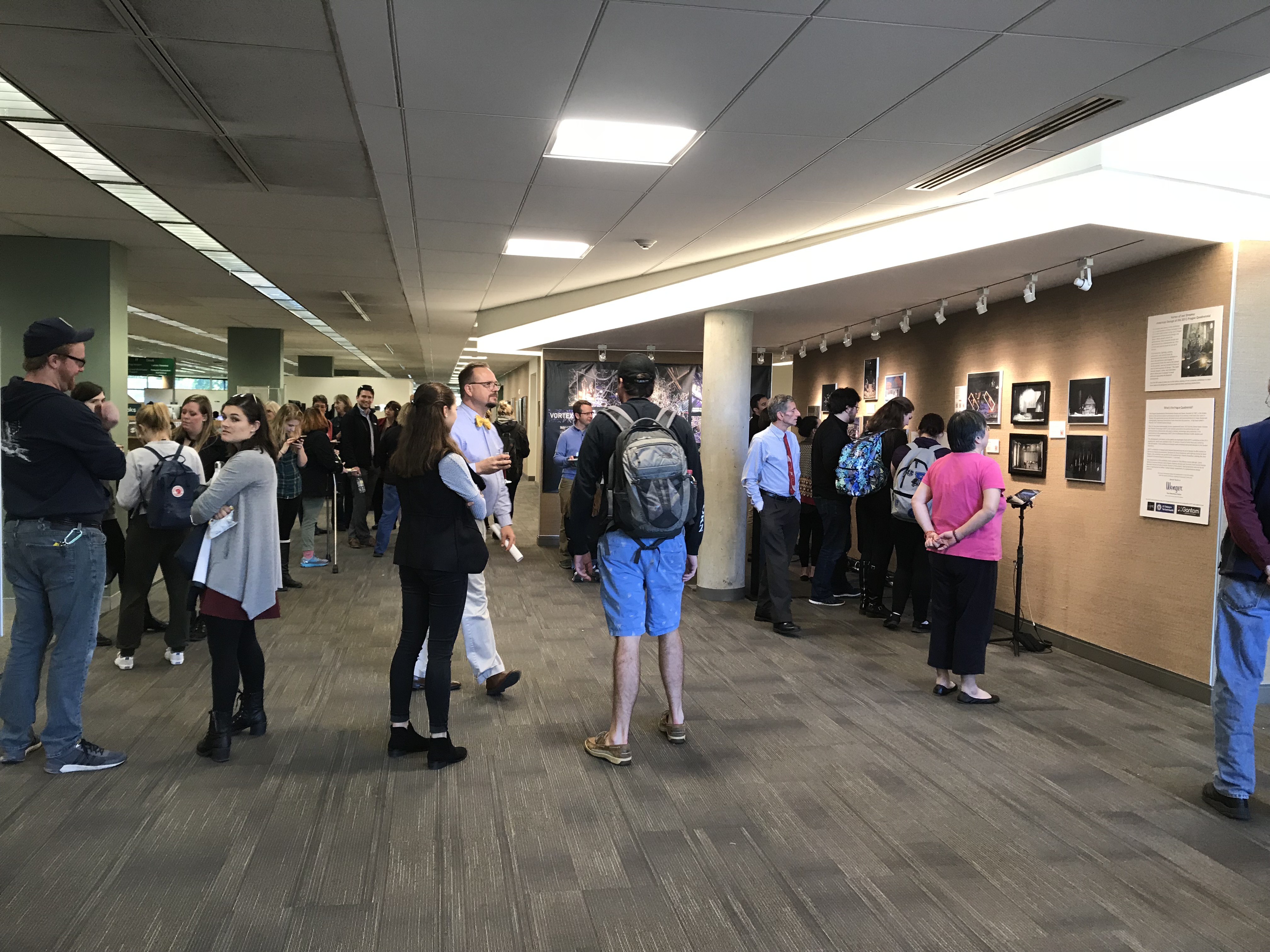 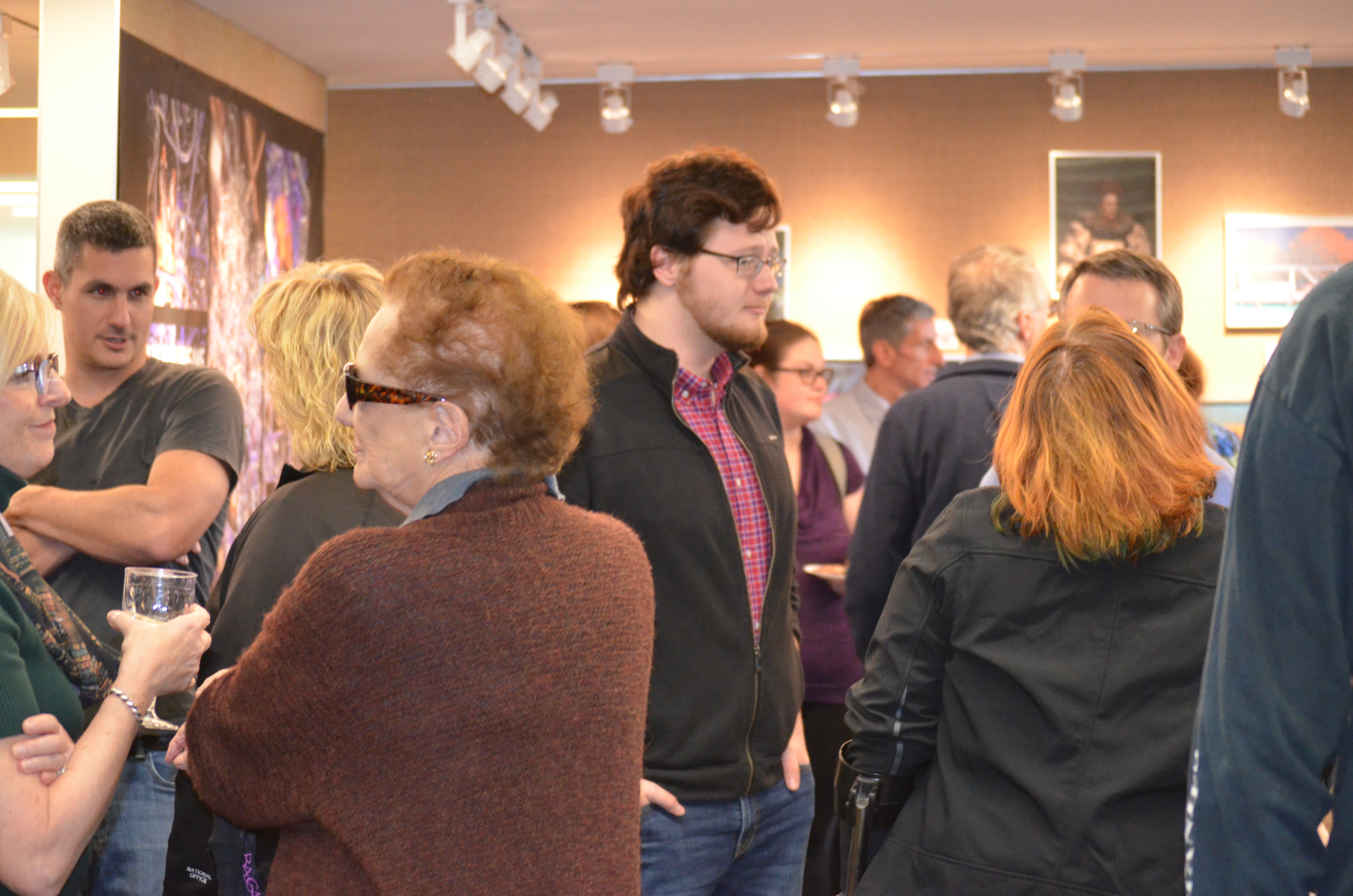 A large number of LeMoyne students and faculty attended the opening reception for The Vortex of Our Dreams. 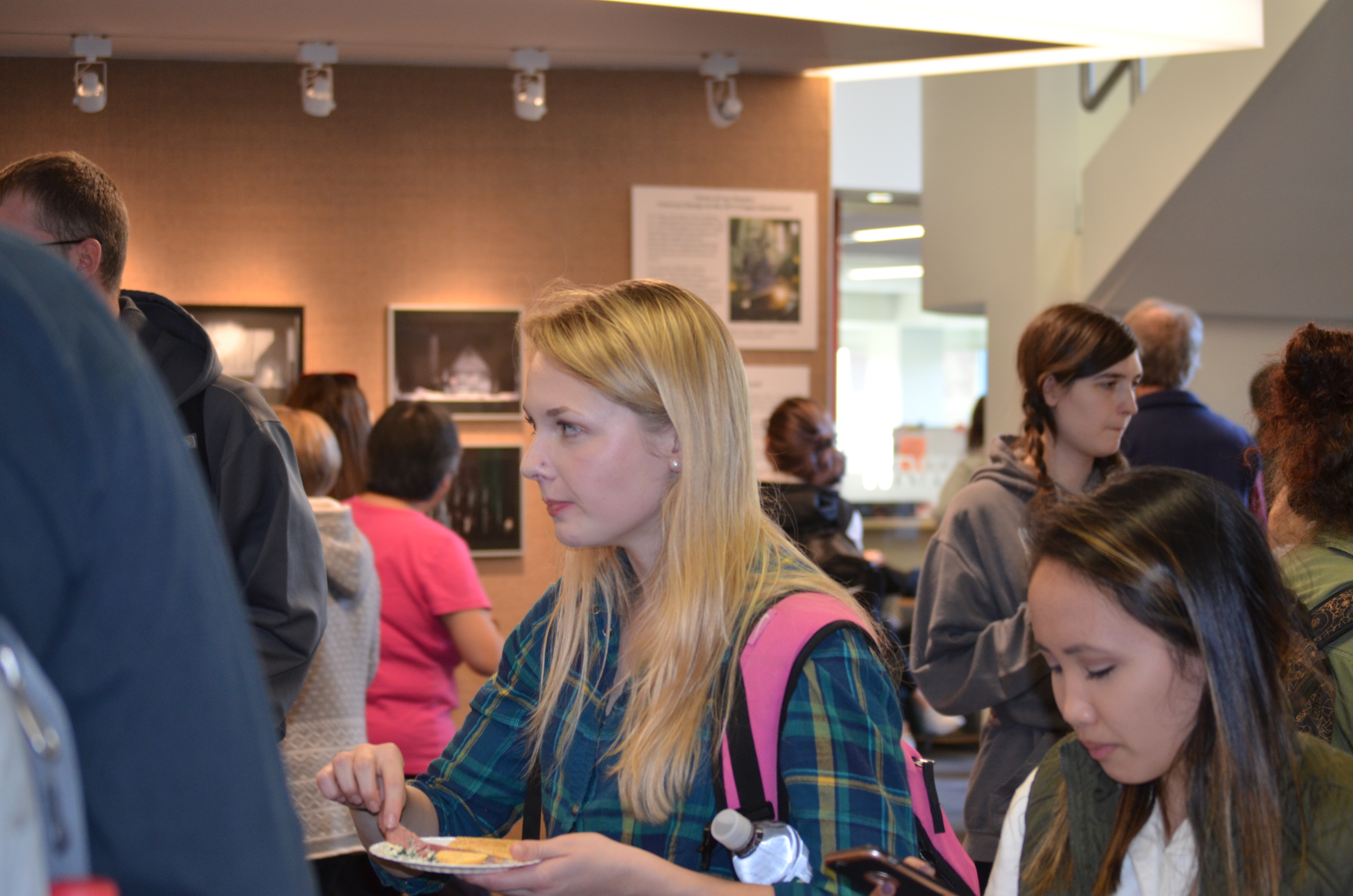 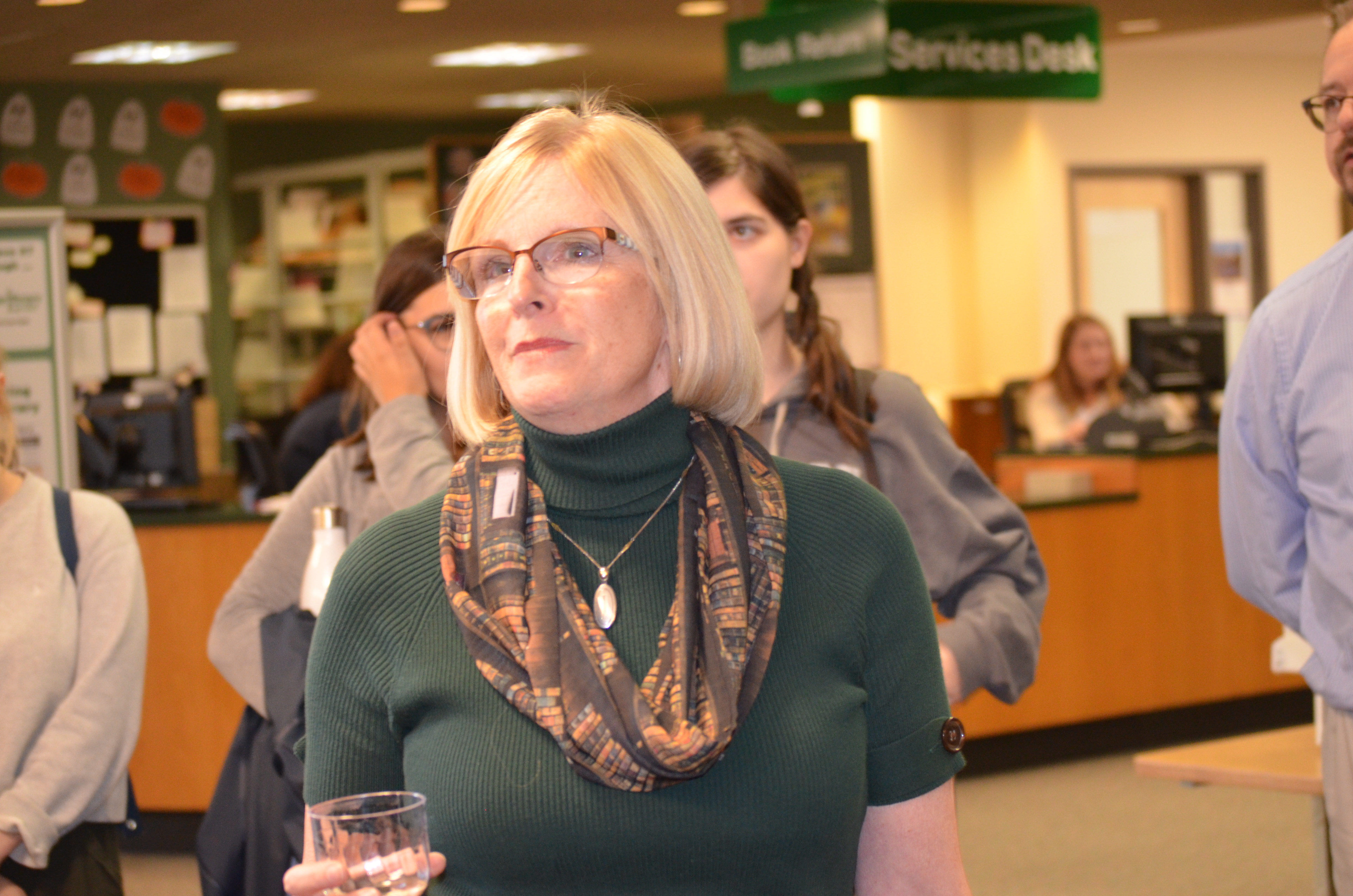 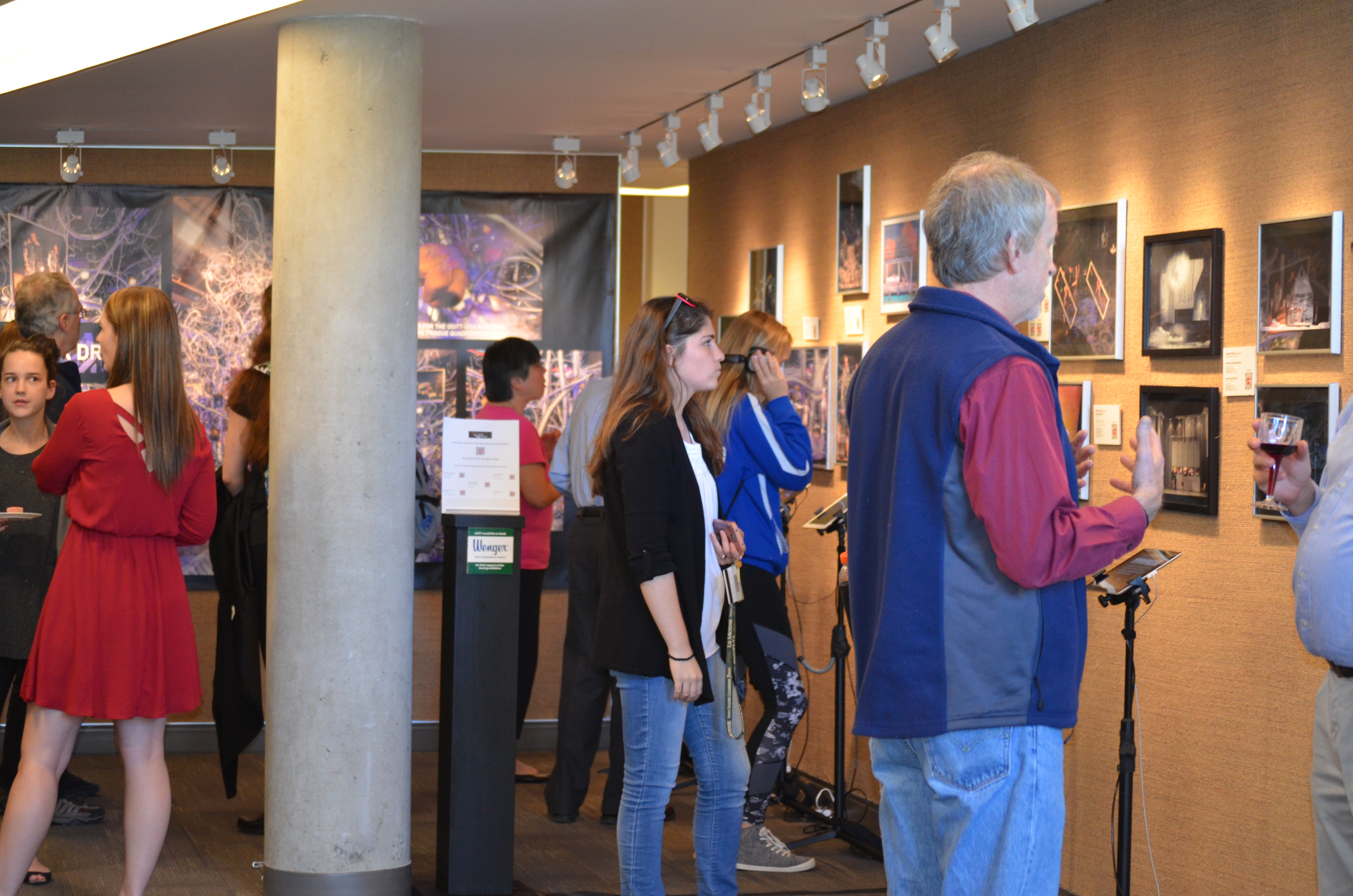 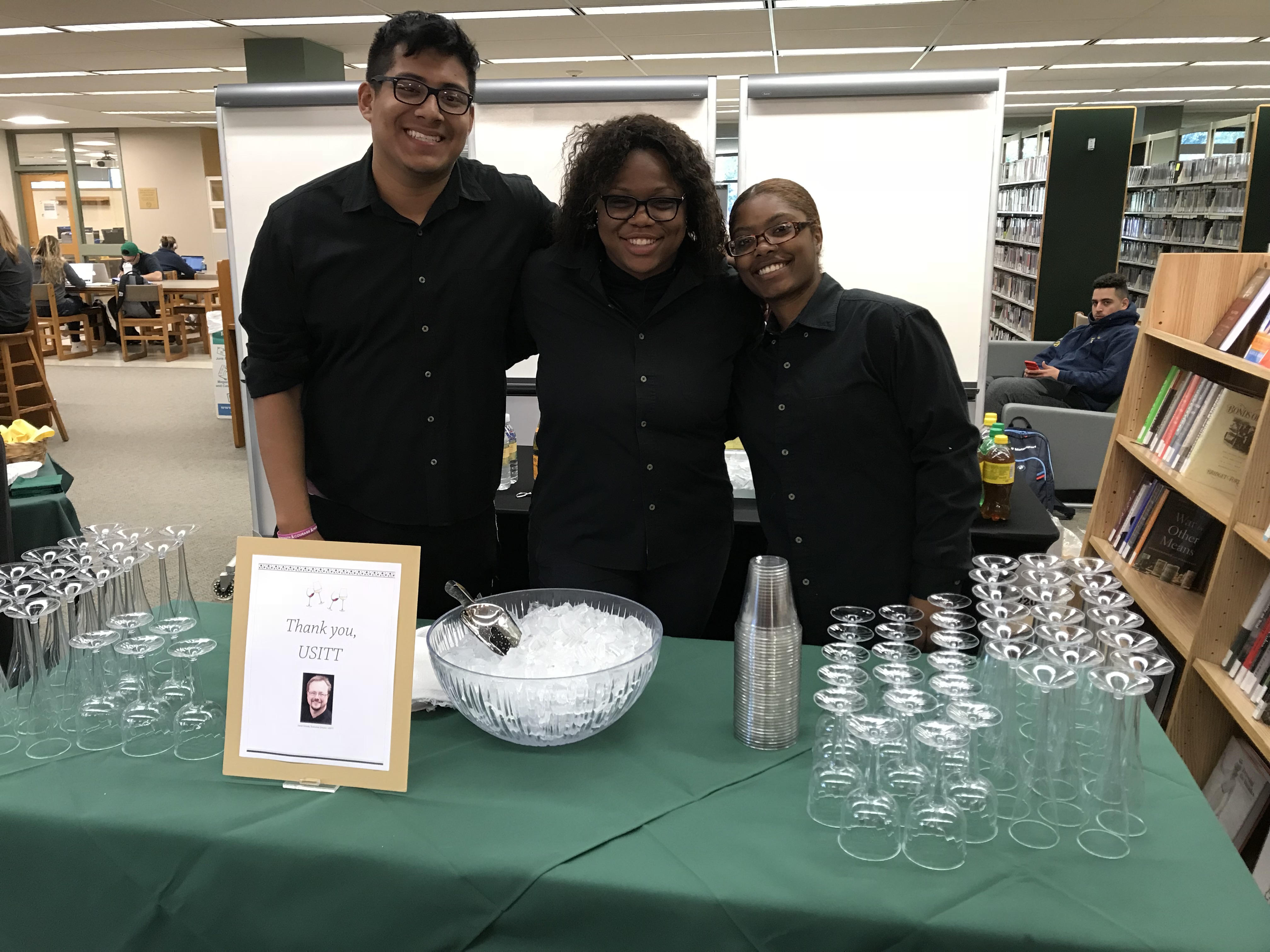 Refreshments were provided in the Wilson Art Gallery to all that attended the show. 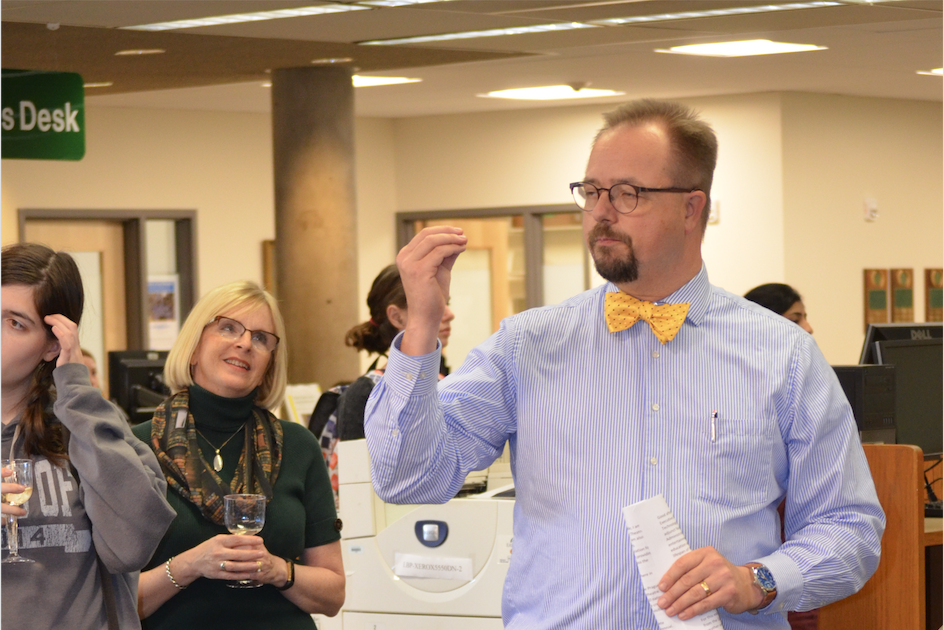 David Grindle, Executive Director of the United States Institute for Theater Technology, speaking at the opening of the show.